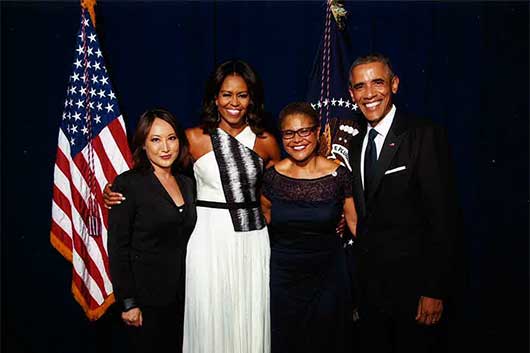 On October 6, 2011, Governor Jerry Brown signed Assemblymember Mary Hayashi’s bill, AB 25, making California one of the leaders in a nationwide movement to establish life-saving return-to-play laws in youth sports.  AB 25, a concussion safety bill placed California alongside Washington as the states with the toughest return-to-play laws for student athletes. Co-sponsored by the National Football League, AB 25 requires a school district to immediately remove an athlete from a school-sponsored athletic activity if he or she is suspected of sustaining a concussion or head injury.
AB 25 prohibits the return of the student until he or she is evaluated by, and receives written clearance from, a licensed health care provider. In addition, the bill requires a concussion and head injury information sheet to be signed and returned by that athlete and their parent or guardian before the first practice or competition.

American Red Cross is a humanitarian organization that provides emergency assistance and disaster relief in the United States.  The American Red Cross, California Affiliate honored Assemblywoman Mary Hayashi with “2011 Legislator of the Year” for her successful efforts to establish life-saving return-to-play laws in youth sports.

Founded in 1974, Planned Parenthood Affiliates of California has been a leading advocacy organization at the California State Capitol relative to reproductive health care and reproductive freedom issues.  “PPAC’s vision and leadership has spurred lawmakers to enact legislation that makes California the number one state in the funding of family planning and other reproductive health care services” Since its founding, PPAC has played an important role in augmenting state funding for family planning and has had a leading role in the fight against anti-reproductive rights legislation for 30 years.  Mary Hayashi was recognized for exceptional legislative achievements, and for significant contributions in women’s health care and reproductive rights in 2009.

Legislator of the Year, Center for Elders Independence

Honored as the Legislator of the Year for “extraordinary contributions to women’s health” in Alameda County.

Above and Beyond Award, California Dental Association

Mary Hayashi authored AB 2275, which increases consumer access to dental care by prohibiting dental insurance plans from setting fees for procedures that they do not cover. When dental insurance plans set fees for non-covered benefits, dentists are often unable to offer a full range of dental services to their patients. This bill prohibits that practice thus allowing dentists to provide a broad range of services.

Legislator of the Year, California Association of Recreation and Park Districts

Authored AB 509, which served as the catalyst for establishing California’s first Office of Suicide Prevention. From 2005 – 2012, Mary Hayashi served as a Commissioner on the California Mental Health Services Oversight and Accountability Commission, which was created to monitor the implementation of Proposition 63 – mental health prevention and treatment funding.  Received the “National Public Policy Award in recognition and in honor of the most significant role Assemblywoman Mary Hayashi has played in our efforts to make a life-saving difference in the lives of the most vulnerable of our fellow citizens”

With more than 70 years of experience, Didi Hirsch Mental Health Services transforms lives by providing quality mental health care and substance use disorder services in nearly 100 schools.  The agency has assisted over 90,000 adults and children throughout Southern California each year.  Received the Leadership Award for “tireless advocacy on behalf of children’s mental health prevention and early intervention”

Mary Hayashi received the Community Service Award for linking people in need of mental health services to the agencies and community trainings for agencies, community groups, and the public.

Mary Hayashi’s remarkable journey from her childhood in Korea to prominence as a health care leader is documented in her book, Far From Home: Shattering the Myth of the Model Minority.  She has been honored by diverse organizations for her work on behalf of minority health and women, from Redbook Magazine and Ladies’ Home Journal.

Honored for establishing unprecedented partnerships in support of Asian American women’s health that previously had no financial or public backing.

One of the 100 Most Influential Asian Americans of the Decade, A. Magazine

“Person of the Year”, Korean American Chamber of Commerce of the Northern Pacific Coast

Legislator of the Year, Retired Public Employees’ Association of California

Women and Industry Award, Alameda County Commission on the Status of Women